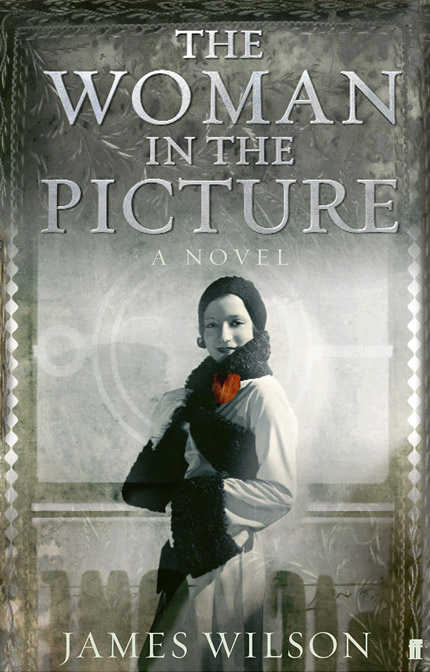 Germany, 1927: The English film-maker Henry Whitaker is on a desperate pilgrimage to the dying Weimar republic ...

The present day: Henry's daughter Miranda is on a quest to understand what happened to her mother, a refugee Henry met and married in Germany at the end of the war. Did Henry — as his daughter has always supposed — drive his wife to her death? Or do Miranda's half-repressed childhood memories hint at an altogether more complex and extraordinary truth?

With great skill, James Wilson brilliantly draws these two time-lines together, in a rich and impassioned novel about the enduring marks of love, war, art and guilt.

Praise for The Woman in the Picture

'This is an ardent love letter to an era when cinema was discovering its voice, by a writer who has clearly found his own.'
The Sunday Times

'An engaging and atmospheric novel which brings into sharp relief the stultifying constraints of personal history and the interplay of choice and coincidence in shaping lives.'
The Times Literary Supplement

'I am a film historian and books about film-making drive me mad because they are usually so wide of the mark ... [The] Woman in the Picture, however ... scores a bullseye ... The atmosphere of each period was superbly evoked ... I became so involved in [the] novel and so convinced by everything that took place, that returning to 2006 was sometimes a shock ... A superb achievement.'
Kevin Brownlow

'The Woman in the Picture has the length and structure of an epic, but it's in Wilson's ability to switch between the long-shot and close-up, and to achieve revelation by doing so, that its virtue lies.'
The Independent

'Wilson has created — in its ambition, as well as in its evocation of a studio system and a cinema long gone — a novel which rivals William Boyd's magisterial The New Confessions and which may even, dare I say it, be a lot more fun to read.'
The Independent on Sunday

'Wilson's book is very good at recreating the real life that slops inconveniently around the finished, rectilinear perfection of art.'
The Guardian

'A multi-layered, deeply absorbing and entertaining novel.'
The Times

This is the edited text of a talk I gave about the book at Blackwell's in Bristol.

The Woman in the Picture is my third novel, and — as you may already know, if you've seen it — it's made up of two interwoven strands. The first is set between the wars, and tells the story of Henry Whitaker, a young English film-maker — following his progress through the strange world of British cinema in the 1920s and 1930s. The second is set in the present-day, and narrated by Henry's daughter Miranda — who, after living in America for thirty years, suddenly gets a request for information from a British film historian researching her father's career. This bolt from the blue sends her on a reluctant journey — first back to her own childhood memories, and then into her father's early life — a life about which, she increasingly comes to realize, she knew almost nothing at all. At the end the two strands finally meet — but I'm not going to risk ruining it by telling you exactly how!

I always knew I wanted to write a book set between the wars, but it was a long time before I could figure out a way of doing it. One of the problems was that — whereas my previous novels had been set at a relatively safe distance, in respectively the nineteenth and eighteenth centuries — this period was a lot closer to home — so it was bound, in some ways, to be the most personal thing I'd ever done. And that presented particular rewards, and particular challenges. One of the biggest challenges, to begin with, was the question of the language itself. From my perspective, growing up in the 1950s and 1960s, and reading pre-war novelists like Huxley or Graham Greene, there seemed something almost impenetrably oblique and cryptic about them — as if they were deliberately denying themselves the full range and beauty of the English of Shakespeare and Dickens, for fear of seeming vulgar, or embarrassingly emotional.

This view of the 1920s and 1930s, I'll cheerfully admit, had a lot to do with my own personal circumstances, but it was also echoed by some of the people who'd lived through the period. In his autobiography A Life in Movies, for instance, the director Michael Powell wrote:
" ... the middle-class self-styled educated Englishman is frivolous and a snob. I am one of them. We are so anxious not to wear our heart on our sleeve that we sometimes have no heart at all ... In the years between the Wars, Thomas Mann wrote for Germany, Proust and Gide for France, Hemingway for America and Gide for France, Hemingway for America ... and P. G. Wodehouse for England."

And even Wodehouse, I'd contend, actually used the language a great deal more inventively than most of his contemporaries — inoculated against criticism by the apparent frivolity of his purpose.

So this gave me a huge problem: how do you write a novel that's alert and sensitive to the language of the time it's set in, when you don't entirely trust that language to convey what you want to say? I wrestled with this conundrum for more than a year before I finally came up with an answer — which was that, instead of trying to avoid the problem, I should confront it directly, by putting it at the very heart of the story. And that's when the idea of The Woman in the Picture was really born: a novel about one person struggling to express the unsayable — and another trying to uncover what was unsaid.

So, at the very beginning, my protagonist, Henry, is haunted by an obsession, which he feels, really, unable to talk about, at least publicly — knowing, as he does, and as Michael Powell did, that it's utterly unacceptable to wear your heart on your sleeve. And this drives him, like Powell, into the cinema. Because of course, for most of the 1920s, film was silent — and that gave it a degree of freedom from the constraints of language. The British censors were notoriously stuffy, but films such a Hitchcock's The Lodger — or George Pearson's lesser known Reveille — were still able to bypass linguistic limitations and communicate a real emotional charge, just through the power of their images. And, at the same time, young directors like Adrian Brunel and Ivor Montague were trying to import the ideas and techniques of foreign film-makers — particularly Russians like Eisenstein and Pudovkin — and use them to develop an 'art' cinema in Britain.

I'm not a film historian, so doing the research for the book was a real journey of discovery, full of surprises. Perhaps the biggest one for me was that I ended up sort of falling in love with the world of silent cinema. I say it was a surprise because, although a few things were unexpectedly familiar — like the dominance of Hollywood, which even then threatened the survival of the British film industry — much of it, to begin with, seemed bafflingly alien to me. Part of the reason is that, in its brief forty-year reign, silent cinema developed its own distinctive rules and aesthetics and narrative techniques, and to a modern eye — or, at least, an untrained modern eye — the results are almost bound, I think, to look stilted and even ridiculous. But I was increasingly awed and moved by the immense passion it inspired in people at the time — both the people who saw it, and the people who worked in it. The nearest equivalent for us, perhaps, would be opera — a form which requires you to accept a non-naturalistic convention, but — once you've accepted it — can give you an experience of real emotional intensity.

And something else I liked and admired about the silent cinema — and this is also a bit like opera — was just how extraordinarily international it was. Since the films weren't language-specific — all you had to do to make them work in another market was change the titles — they could be shot anywhere, using a polyglot cast — which is what frequently happened. So, one of the last great silent movies (later re-released as a talkie) was All Quiet on the Western Front: a German story, made — just ten years after the end of the First World War — by an American company, using American actors to play the parts of their former German enemies. This internationalism wasn't always just a matter of convenience: there was also a strong element of a kind of League of Nations idealism about it: if people of different nationalities could learn to work together and communicate with each other, it was thought, then maybe another catastrophic war could be averted.

But then, of course, it all came to an abrupt end. In 1927 — just when, to quote Michael Powell again, 'nation was talking to nation in the most direct and simple way' — the release of The Jazz Singer effectively doomed silent cinema to extinction. I hadn't really realized just what a catastrophe this was for many of the directors and the stars, some of whom were driven to suicide. But there were wider consequences, too. One thing that really hit me when I was researching the book was how closely the advent of the talkies coincided with the Wall Street Crash, and the onset of the Great Depression. Cinema ceased to be an international language, in other words, at exactly the moment when aggressively nationalistic regimes were starting to emerge all over Europe. While I don't want to overstate the connection between these two phenomena, I think there clearly is one. I don't know how many of you have seen Leni Riefenstahl's Nazi propaganda masterpiece, Triumph of the Will, say, but those of you who have would I think agree that it'd be hard to imagine it having the impact it does (or even being shot in the way it was) without a synchronized soundtrack.

In this country, there were two immediate effects. The first was that it finally delivered film into the straitjacket of the spoken language. The second was that — because Americans controlled the technology — it consolidated the already enormous dominance of Hollywood. Both of these changes were to have a tremendous impact on the development of British cinema — and on the career of Henry Whitaker.