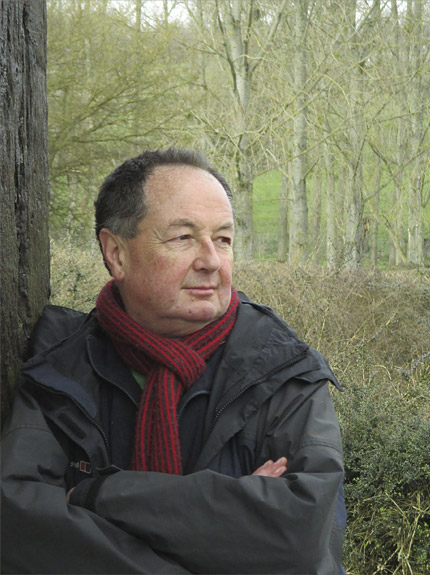 I am the author of — so far — six published novels and a book of narrative non-fiction, The Earth Shall Weep: A History of Native America. My work has been translated into Catalan, French, German, Italian, Norwegian, Portuguese, Russian, Spanish and Swedish.

Ideas are important to me, and so is language — I love the richness and subtlety of English, and the way it constantly evolves to capture the experience of succeeding generations. But my greatest passion, both as a writer and as a reader, remains those magical qualities that first drew me to fiction as a child: character, plot, atmosphere, and story-telling.

I was born in Cambridge, educated at Oxford (where I read History), and now live in south London.

In 1973, not long out of university, I made my first trip to North America to research and write Canada’s Indians for the Minority Rights Group — a transformative experience that gave me a lifelong commitment to indigenous people. Two years later, I received a Ford Foundation grant to produce a companion report on US Indians, The Original Americans.

During the 1980s and 1990s, I worked as script-writer and consultant / associate producer on a number of television films, including the award-winning two-part Savagery and the American Indian for BBC2 and the A&E Network (1991); The Two Worlds of the Innu (BBC2, 1994); and Byrd: Alone in Antarctica (PBS, 1996). I wrote and presented a five-part documentary series, Present Tense: The Enduring World of the Innu, for Radio 3. I also became a member of the executive committee of Survival, an international organization working for the rights of indigenous peoples, on which I still serve.

In 1994, I was commissioned to write The Earth Shall Weep: A History of Native America, which was published by Picador in 1998 and by Grove/Atlantic in 1999.

It was the success of this book that finally allowed me, at the beginning of the new millennium, to fulfil the ambition I had cherished since childhood to write fiction. Six novels later, despite all the inevitable frustrations of being an author, and the seismic changes that are transforming the publishing industry, I am more passionately committed to the form — with its tremendous imaginative freedom, and its spell-binding power to magic us to other worlds — than ever.