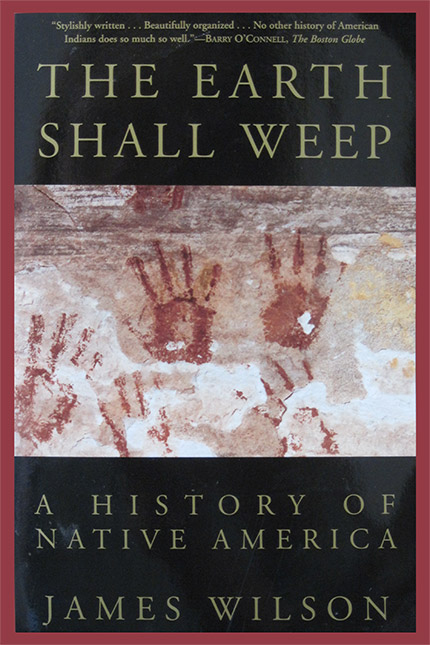 The Earth Shall Weep is James Wilson's groundbreaking, critically acclaimed history of the Native Americans' struggle for survival against the tide of invading peoples and cultures. Spanning over five hundred years — from the first European contact to the campaigns of Indian activists today — Wilson's narrative incorporates insights from ethnography, archaeology, Indian oral tradition, and the author's years of original research in charting the epic story of a clash that would reduce the Native American population from an estimated seven to ten million to only 250,000. Beautifully written, gripping, and unforgettable, The Earth Shall Weep is a tour de force that redresses the historical balance and vividly brings to life a new Indian perspective on the American past and present.

The Earth Shall Weep was the winner of a Myers Outstanding Book Award in 2000.

Praise for The Earth Shall Weep

'Intellectually sophisticated, lucid, nuanced, fair and judicious, this an outstanding addition to the literature on the subject.'
The Independent on Sunday

'Stylishly written ... Beautifully organized ... No other history of American Indians does so much so well.'
The Boston Globe

'[Wilson] presents a comprehensive, imaginative overview of Native American history that is exceptional in its concept: Wilson has gathered information not only from historical sources but from ethnographic and archaeological works as well as oral histories ... Because it encompasses so many facets of the Native American situation, this volume will appeal to a broad spectrum of readers.'
Library Journal

'The most balanced account of the taking of the American continent I've ever seen ... Wilson's words are riveting.'
The Austin American-Statesman

'A carefully researched and wide-ranging narrative ... both a survey of the disastrous impact of white conquest on indigenous cultures and a dissection of the stubborn and contradictory myths ... generated by the conquerors.'
The New York Times Book Review

'A major contribution to the literature of Indian America ... [it illuminates] the Indian presence in the great conflict more precisely and movingly than in any Anglo history that I know.'
The Washington Post