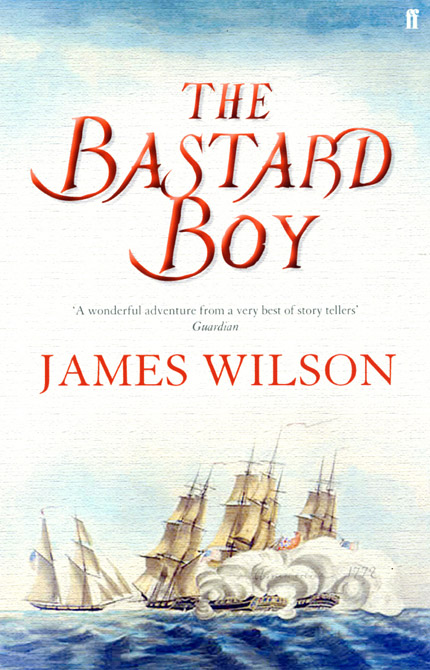 On a quest for his lost nephew an eighteenth-century Englishman is confronted with the upheavals of history and forced to question his most fundamental ideas about liberty and slavery, savagery and civilization.

Ned Gudgeon is asked to find the bastard child his brother Daniel fathered in America during the Seven Years War. Ned agrees, and sets sail for the colonies — only to find them in a state of growing unrest. Following the few clues he has, he travels first to a Carolina plantation, where he helps two slaves to escape; to Mount Vernon, to see Daniel's former brother-officer, George Washington; and then across the Appalachians, into the wild 'back country' of the frontier — where, after a series of increasingly perilous adventures, with settlers and bandits, visionaries and murderers, land-speculators and American Indians, he finally discovers the startling truth about the 'bastard boy'.

Both a mystery and a gripping adventure story, The Bastard Boy also dramatizes a crucial but neglected moment in our history, and the powerful philosophical ideas that shaped it.

The Bastard Boy was long-listed for the 2006 IMPAC prize.

Praise for The Bastard Boy

'Gudgeon's story has parallels with the travels of Lemuel Gulliver ... but whereas Swift resorts to brutal satire, Wilson is more contemplative, more interested in philosophical questions about how identity is constrained and altered by experience ... [His] painstakingly crafted metafictional effects ... continually offer new vistas of insight into the novel's interweaving of liberty and captivity ... This exhilaratingly ambitious novel ... offers serious insights into the relationship we all have today with history, and with freedom.'
The Times Literary Supplement

'A powerfully imagined and gripping evocation of the violent world of revolutionary America and Georgian England. James Wilson has administered a massive blood transfusion to the historical novel. The Bastard Boyraises the form to a level not seen in English literature in this generation.'
Ian McIntyre, author of Dirt and Deity: A Life of Robert Burns and Hester: the Remarkable Life of Doctor Johnson's 'Dear Mistress'

'A modern classic deserving of a wide readership from the South West of England to the Midwest of America.'
Waterstone's Quarterly

'Ned's journey is a spiritual as well as physical one, so that it may transcend topicality and speak to us now ... Ultimately, for all its derring-do and mystery ... this intelligent, stimulating novel is about the serious issue of ownership — of an identity, of an inheritance, of a piece of property, of a consciousness ... In each case the question is posed: whose story is it to tell? The 18th century would have no problem answering that question, but from our post-slavery, post-revolution perspective, things are not so black and white.'
The Sunday Herald

'At key moments — in the punishment of slaves, in the retribution taken by 'the Indians' — we are not allowed any comfortable division of black and white, good and bad, villain and hero. Instead, we accompany the fictional writer on this 'journey of life itself' as he is divested of inert prejudices and received ideas, discovering his emotional identity in the act of reflecting on the significance of his personal history.'
The Bristol Review of Books

This is the edited text of a talk I gave about the book at Borders' Bookshop in Bristol.

First, I just want to say something about the period in which the book is set: the 1770s. It's a curiously neglected and little-explored moment, at least by novelists. I say curiously, because I think you could argue that the second half of the eighteenth century was the most dramatically decisive fifty years of our history, in terms of shaping the way we live today. It started (more or less) with what many historians regard as the first real world world war, the Seven Years' War, which resulted in Britain and her American colonists driving the French out of North America. Thirteen years after the end of that war, another one was erupting, as the colonists declared independence from Britain, and took up arms against their former allies and protectors — a struggle in which they were soon to be joined by their former enemies, the French. And thirteen years after that, the French were undergoing their own revolution, this time at home — which led directly to the Napoleonic Wars, and the radical reshaping of Europe in the nineteenth century— and so on to the huge conflicts of the twentieth. So in less than a lifetime, the whole world — in the words of a contemporary British song — was turned upside down.

And not just the military and political world — the intellectual world, too, because these conflicts were as much about ideas as borders and territory. And the triumph of Enlightenment thought — embodied in the founding documents of the US — over older ways of thinking created a new climate, that spawned most of the competing ideologies that have dominated the past two centuries, including our own secular liberalism. This legacy continues even today: the agenda for many of our current debates — about property, about democracy, even to some extent about race, and national identity — was set during that extraordinary revolutionary period.

I'd known for a long time that I wanted to write a novel that captured some of this drama and excitement. That I wanted to make not just the story, but the language and the perceptions as authentic as I could — and also, in a very oblique way, to say something — as I think all good historical fiction must — about the present as well. But I was immediately confronted by a problem. If you look at the novelists of the eighteenth century — the people you'd naturally turn to first if you want to know what it was like to be alive then — they're almost silent about the huge events going on around them. Writers like Henry Fielding and Tobias Smollett tended to write charming but small-scale stories — often about gentlemen riding round the country having adventures and finding long-lost parents or illegitimate children. Very seldom do they raise their gaze to the wider horizon, and talk about what's going on there. The fears and anxieties about larger issues — fears about disorder, slavery, tyranny, the abuse of power — insofar as they were expressed at all, seem to have been displaced into the world of gothic books like The Monk and The Castle of Otranto, where they're safely sealed away in far-off times and places. So you don't get much sense of how they'd have been experienced in daily life.

I have to say that this tension between dogged silence and gothic extravagance was partly what intrigued me about the period. But it also left me feeling baffled and excluded from the lives of the people I wanted to write about. I struggled with this problem for months — until I suddenly saw that it might actually offer me a kind of template for my own story. That I could, in other words, have a hero setting out on a personal quest, much like the hero of a picaresque eighteenth century novel; but that, as he's forced to confront historical reality, so his story becomes more and more gothic. I couldn't have imagined, when I started out, just how eerily appropriate this idea would turn out to be ...